What is needed to get through this life? For the disciple of Christ, there are essential elements that are needed in order to live. They are non-negotiable.

1) Take the strength of the LORD with you into every aspect of your day. Allow His influence to wash over you. Let His might and will steer you as you face any and all situations. Grant the LORD power over you and over your entire existence. Know that your strength is His strength.

2) Don the covering of the LORD. Be assured that His presence and His protection are guaranteed, if you are truly in Christ. Understand that His covering affords you, as His disciple, eternal safety and assurance. Wrap yourself up in His Word. Wear the Word in such a way that it becomes your spiritual armor.

3) Be of a confident mindset and have an attitude of belief, as it relates to the power of the LORD. Know assuredly that there is nothing higher than or greater than the LORD. Understand that nothing in the physical realm or the spiritual realm is above the Most High. Appreciate the righteous and holy ability of God to be God.

4) Know and listen to the Holy Spirit. Partake of Him and His offerings. Trust that the Holy Spirit of God will teach you, transform you, convict you, ground you, focus you, center you, aim you, and help you to see the LORD more clearly. Understand that He will guide you in all ways of righteousness.

5) Pray and praise your way through every circumstance. Do so without ceasing. Before, during, and after challenging encounters, offer up a blessing to God. Learn to speak Scripture over the things that come against you. Give a holy shout with the word of God, saying it over the people who cross your path. Pray for the world, and praise God in the process.

Your Challenge of the Week: Consider how Jesus Christ lived His life. Take special notice of how He trained His disciples. Write down your findings. Feel free to share what you have learned with us.

If you or someone you know is interested in learning more about Jesus Christ and His Good News Gospel, please email The Phone Tree Bible Study Group directly at edifier1@hotmail.com.

How do YOU communicate to others what you have come to learn about the LORD?

Do you devotedly raise up the LORD so that others might see His glory?

Do you openly celebrate Him at each victory that He gives you?

Do you confidently acknowledge Him as the Most High over all of your challenges?

Do you zealously speak His name and honor Him with your praise no matter what the circumstance?

When was the last time you lifted up or even spoke about our King and Savior?

When was the last time you publicly proclaimed His name or talked about His power, His provision, His faithfulness, or His goodness?

When was the last time you held up the LORD so that He could draw all men unto Himself?

Challenge 1: Talk, text, tweet, blog, and/or vlog about the LORD. Do all that you can to show others who God is. Encourage them to get to know Jesus today.

Challenge 2: Study what the significance of a banner is from a scriptural perspective. Refer to Exodus 17.

Challenge 3: Over the coming weeks, study the lives of Moses, David, John the Baptist, Stephen, Peter, Paul, and Jesus. Discover how they each used their respective platforms to glorify the LORD.

This beautiful message was sent to me today. It spoke to my heart. It is my sincere prayer and solemn wish that it might speak to yours.

May the LORD bless you and keep you all in His safety.

Focus: A Study on the Life of Joseph

Scriptural Text of the Month: Genesis 37-50

Emphasis of the Week: When All Hope Seems Gone

The Bible is rich with stories about people who endured hardships, who struggled against seemingly insurmountable odds, who overcame extreme challenges, who confronted an unforeseen adversary or adversaries, and who had to face self, as well as the LORD, in strange and unusual ways. One such story concerns the life of our subject of the month, Joseph. His story is full of unexpected twists and turns, so much so that we can look at his experience as one big detour on a road that would ultimately lead to a promise.

As we encounter Joseph at this point in his life, we find him in a peculiarly new and completely unfamiliar environment. It is so far removed from what he has known. The people, the customs, the leadership, the expectations – all of it is atypical, to say the least. Add to that the fact that he now has an altered life role. No longer afforded a safe dwelling among his people – amongst the people that he had known his whole life, Joseph has now been cast among men and women who are…different.

1) Where is Joseph’s physical location at the beginning of Chapter 39?

2) Who bought Joseph from the Ishmaelites?

3) How had the Ishmaelites come into possession of Joseph? (Revisit your previous notes.)

5) How does Joseph’s new role as slave-servant compare to his identity as a child from God’s chosen people?

7) What responsibilities was Joseph given by Potiphar? Why did this happen?

8) Who approached Joseph and tried to entice him?

9) What great evil (and sin against God) was Joseph trying to avoid?

10) What was Joseph accused of by his master’s wife?

12) What did the captain of the royal guard believe about Joseph, and what did he do as a result?

13) What were some of Joseph’s prison experiences?

14) Did God leave or forsake Joseph during his confinement?

15) What were some of Joseph’s assigned responsibilities while he was in prison?

16) What can be said about how God dealt with Joseph while he was imprisoned, and how was God’s treatment of Joseph viewed by others?

17) Who did Joseph continuously credit for anything he did to help others?

18) What lesson might Joseph have learned from “being in the season of the forgotten?” (This refers to the time to chief cupbearer forgot about Joseph’s request.)

19) Based on the reading, approximately how long was Joseph incarcerated?

20) What was the first thing Joseph declared when questioned by the Pharaoh? (See 41:16)

21) How is Joseph characterized by the Pharaoh at the end of chapter 41? (Compare how he is viewed at this point versus how he was viewed after he was accused.)

22) What rewards did Joseph receive after helping the Pharaoh? (Notice every detail.)

23) How old was Joseph when he stood before Pharaoh? (Look back and see how old he was when his brothers committed their act of rebellion and betrayal.)

24) What was the significance of the names of Joseph’s sons?

25) Who were the Egyptians told to go to when they were famished? Why is this important to know?

26) What can you tell me about Joseph’s perseverance and/or his longsuffering? Additionally, what was his attitude during his season of confinement?

27) What “Jesus connection” can you glean from this week’s reading?

Hard Knocks & Self- Reflection: Examination of the Heart

Spend some dedicated time getting to know yourself. Try to uncover your true feelings. Seek to better understand your attitude. Assess your relationships, and see how they may have contributed to the shaping of who you have become.

* Have you ever felt like you were in bondage to something that seemed to get the best of you?

* What do you do to break free from the strongholds in your life?

* Do you feel that you have to juggle all kinds of things? Does this juggling cause you to feel incompetent (incapable of doing anything well)?

* Do you see yourself in the way that God sees you?

* How often do you tell yourself the blessed words that God has said about His people?

* Are you consistent with your spiritual input and output?

* Do you believe that all things are purposed?

* Do you believe that the moments we have been given should be focused on declaring who God is?

* When was the last time you told someone else about the wondrous works of the LORD?

* Do you look at your challenges as growth opportunities?

* Is it hard to navigate through the seasons of life when God is not a part of your plan? (Why, then, do you intentionally try to push Him out of your circumstances?)

* How would you describe your attitude during periods of waiting?

* How has knowing and having a relationship with the LORD changed you? Can others see your tender affection and love for the LORD?

* How is your love for God manifested in the day to day?

Life Lessons for the Christian Pilgrim: Going Forward as a Disciple of Christ

What can be learned by studying the life and the experiences of Joseph? A lot. Here are some lessons for the Christian pilgrim. (Notice that these are Bible answers to some of the hardest questions we face. Study and grow.)

Don’t let your mouth get in the way of your mission. Speak with wisdom those words that have the power to pour positively into someone’s life. Focus on sharing the Good News of the Gospel, instead of on making noise that matters not. For the noise that matters not is all about self. It touts empty words that have the power to hurt, to hinder, or to negatively impact others. Instead, serve the LORD in such a way that He is honored by your praise. Exhibit self-control by taming your tongue. Let the words that come from your mouth be seasoned with grace and love.

“If anyone thinks himself to be religious [scrupulously observant of the rituals of his faith], and does not control his tongue but deludes his own heart, this person’s religion is worthless (futile, barren).” – James 1:26 (AMP)

“Out of the same mouth come both blessing and cursing. These things, my brothers, should not be this way [for we have a moral obligation to speak in a manner that reflects our fear of God and profound respect for His precepts].” – James 3:10 (AMP)

"Study and be eager and do your utmost to present yourself to God approved (tested by trial), a workman who has no cause to be ashamed, correctly analyzing and accurately dividing [rightly handling and skillfully teaching] the Word of Truth." - 2 Timothy 2:15 (AB)

"So let us then definitely aim for and eagerly pursue what makes for harmony and for mutual upbuilding (edification and development) of one another." - Romans 14:19 (AB)

"Therefore encourage (admonish, exhort) one another and edify (strengthen and build up) one another, just as you are doing." - 1 Thessalonians 5:11 (AB)

"Rescue others by snatching them from the flames of judgment. Show mercy to still others, but do so with great caution, hating the sins that contaminate their lives." - Jude 1:23 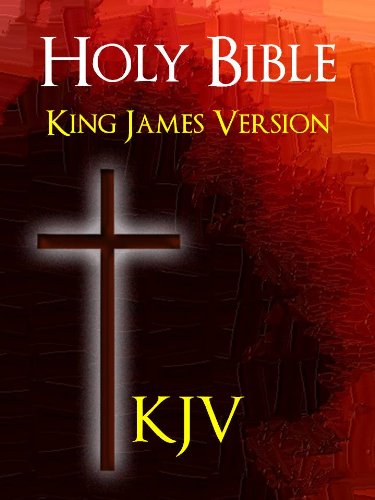 #DestinationJESUS Encouragement for Your Day